In Hong Kong: Culture and the Politics of Disappearance, Ackbar Abbas has described the phenomena of how Hong Kong has remarkably reinvented itself every few years, due to its property speculation, to the point that makes the city gradually unrecognizable. Central has been constantly erased and rebuilt as to serve one homogenous function: being an international financial exchange hub.

The Central Market, as have many other historical buildings in Hong Kong, has been erased and reborn in the last century. This third generation of the Market, built in 1938, has been left abandoned since 2003 due to some conflicts about urban renewal within society which have not been resolved. Once a vibrant market place, Central Market has become a blight in the middle of Central.

If the city is a Living Organism which is formed from a series of networks, the existence of all human artifacts (including architecture) is inter-connected within this network of relationships. What defines the centre is what is not centre – the periphery. In order to understand Central in a broader perspective, visiting the rural plays an important part in our investigation.

In recent years, Hong Kong has been facing pressure by a serious shortage of housing, and the existing model of rural development has been considered as an inefficient use of our valuable land resources. Rural landscape together with its history and culture have become a secondary concern while confronting a deluge of urban development. Rurality is now facing a risk of disappearance.

• Can (rural) conservation and (urban) development co-exist?
• Does Hong Kong have the capacity to create a diverse life style which caters to all living-beings?

The Studio explores the inter-dependency of the City/Rural relationship and rethink how Central as the front window of Hong Kong could demonstrate the role of inclusiveness for a more sustainable and resilient urban development.

Through five consecutive field trips to the rural context in Hong Kong, students were guided to redefine the meaning of Ground, Community, Living, Trace and Development.

Using Central Market as a reference point, they define their own Central Value and implement this ideology as a series of counter proposals to the existing Central development schemes. 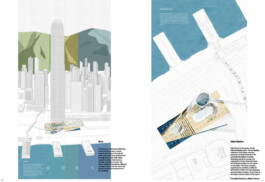 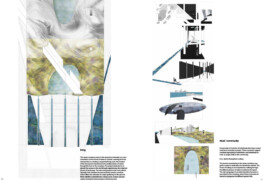 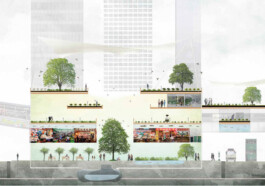 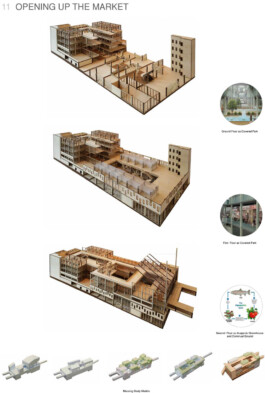 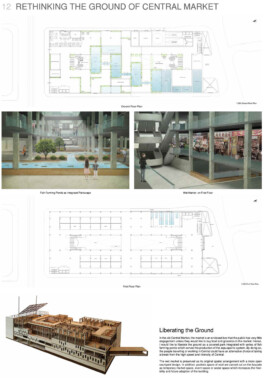 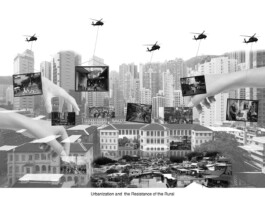